2nd edition of the Nyon International Festival of Archaeological Films

The success encountered in 1999 encouraged the Roman Museum to renew the adventure and make the Festival a regular biennial event. Nyon thus became the first Swiss rendezvous for devotees of archaeological films and joined other similar festivals in France (Bordeaux, Amiens), Germany (Kiel), Italy (Rovereto) and Belgium (Brussels).

Mayan civilisation specialist and author of numerous works on the Mayas, Maria Longhena from Bologna, participated in the Friday evening session on the archaeology of Pre-Columbian America. Alix Barbet, in charge of the Centre for the Study of Roman Wall Paintings in Soissons and the Laboratory of Archaeology of the Ecole Normale Supérieure in Paris, took part in the afternoon session on Roman civilisation and presented the film about Zeugma (Turkey); the city now lies under the reservoir created by the damming of the River Euphrates.   The best productions received awards from a five-person jury from the world of archaeology and the cinema. An audience award was also made.

For the ability to render long-term research on a subject that is still little known with a remarkable sense of narrative, in a context described with great sensitivity, with emphasis on the mutual respect shown by the scientific teams involved and a sympathetic perception of the country where it was filmed.

For the ability to summarise a subject a priori difficult to deal with in cinematographic terms. For the way in which the narrative is personalised by the use of subtle camera work, attractive montage and a sense of humour rarely encountered in a document intended for specialists; these qualities also make this film accessible to a wider public.

For the way in which the images are combined with judicious comments to showcase an exceptional work of art in the context of an archaeological rescue operation.

For the emotion shown in revealing in exemplary fashion the unheard-of wonders discovered in extremis in a situation that raises the issue of the destiny of a fabulous part of the cultural heritage of mankind while simultaneously condemning the conditions of existence of an entire population. 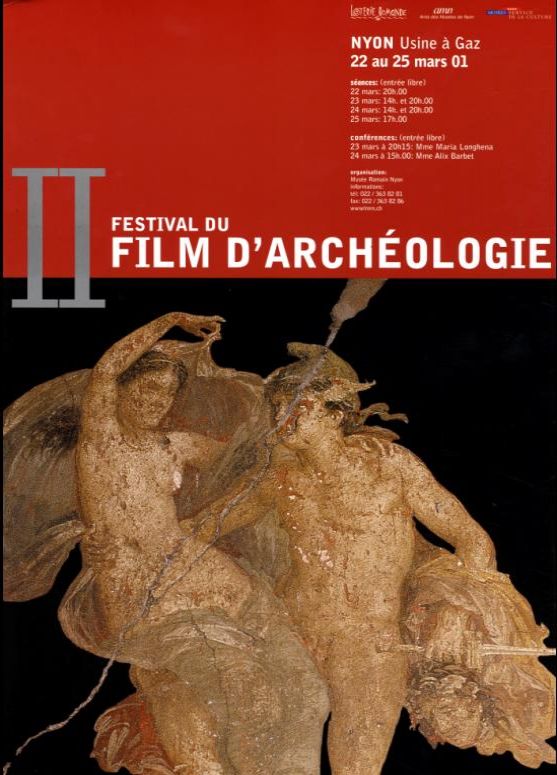