6th edition of the Nyon International Festival of Archaeological Films 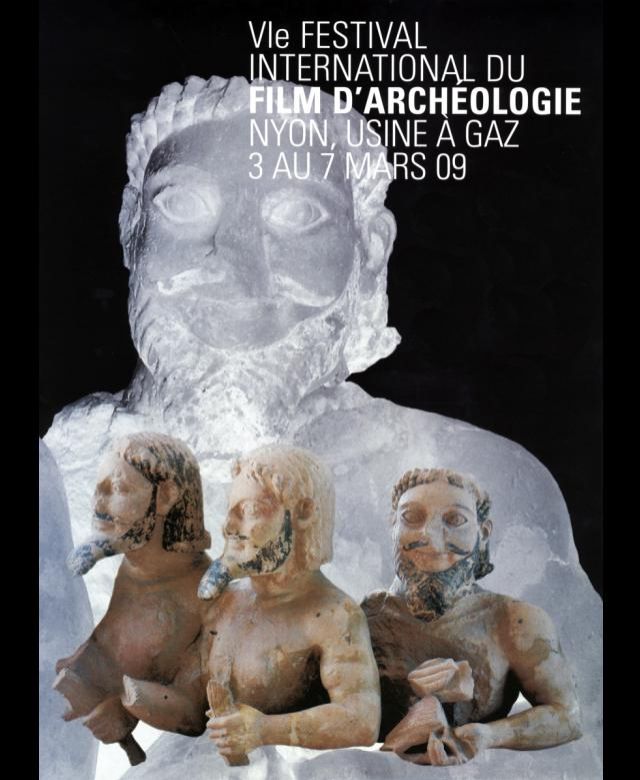 An anniversary marked by large audiences and conviviality

As the Festival celebrated its first decade, we were delighted by the enthusiasm of an packed house on the opening night. The hallmarks of the Festival – a convivial atmosphere and the warmth of the welcome – were once again to the fore.

A meeting of audience and archaeologists

The Festival is also an opportunity for proposing a meeting between the audience and the archaeologists; we should like to make it clear that archaeology is above all a question of men and women dealing with concrete realities. Such meetings contribute an invaluable human dimension to the situation and it is an honour to be able to welcome Gilbert Kaenel, Philippe Bridel and Jean Clottes, three eminent researchers active in very different areas: the proto-history of Western Europe, Egyptian monasticism in the early centuries of Christianity and prehistoric rock art. It is clear both from their presentations and through the medium of a number of films that it is people rather than institutions who take on responsibility for archaeology, even if an institutional context is naturally required for its practice. Archaeology is far from protected from the turmoil and vicissitudes of ordinary life; it may be the object of different types of appropriation, and reflect in its own way the preoccupations and forms of operation of today’s societies.

Film quality has improved considerably in the course of ten years. The television channels, which are increasingly prepared to programme archaeological films, certainly contribute to this progress and enable us to ensure a high-quality programme throughout the week. For the first time we have had a sufficient number of films on local archaeology to be able to propose setting aside a whole evening for them; this proved extremely popular with the audience. Ever increasing numbers of directors of both sexes are getting to know about the Festival and are coming to Nyon to present their films and make useful contacts. In 2009 they were from France, Italy, Germany, Belgium, Israel and Spain.

The prize list reflects greater empathy on the part of the jury for creations that express the involvement of archaeology in the ups and downs of daily life and questions that go beyond its strict practice, rather than films that highlight the more spectacular results of archaeological research. This was clearly the case in the three awards: “Le mystère de l’homme de Florès” (The mystery of Flores man), “Les fouilles de la discorde” (Dissension at the dig) and “Oublier le passé” (Forget the past).