8th edition of the Nyon International Festival of Archaeological Films 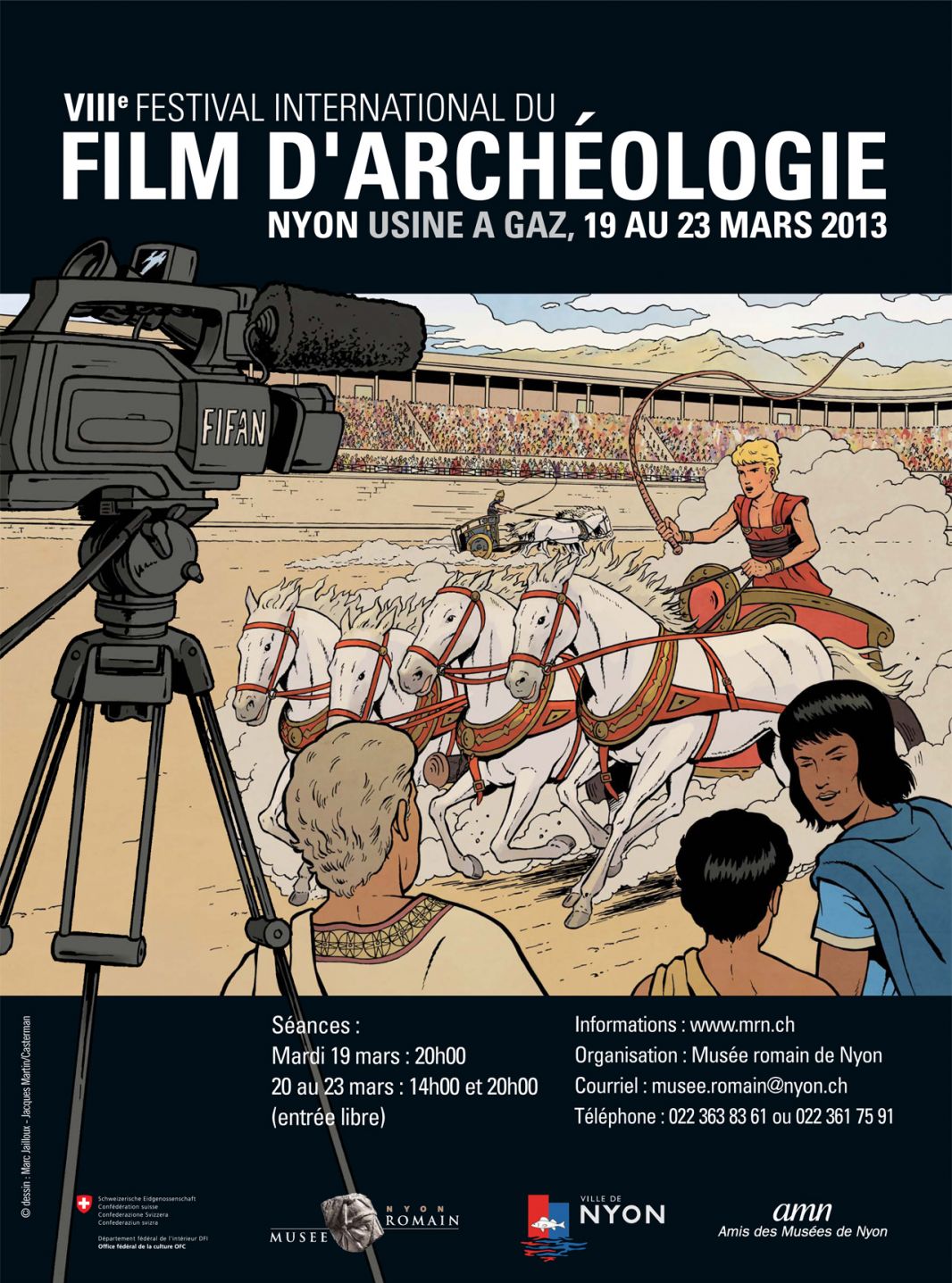 The Eighth Nyon International Festival of Archaeological Films, true to its biennial tradition, was expecting a wide audience with an appetite for information about archaeology. The role of the Festival, organised by the Roman Museum of Nyon, is to present the work of the archaeologist in a true light, as someone who is in no sense a treasure-seeker and who spends a great deal of time collecting what may be tenuous evidence with a view to the writing of history. Conversely, there are more and more people who take it on themselves to play the adventurer and collect objects as trophies; in so doing they destroy whole chapters of the history of humanity for ever. The programme of the opening night illustrated this marked contrast in the presentation of one film on the looting of a wreck on the reefs of the Indian Ocean and another on the excavations by the University of Geneva in a cave in northern Italy.

The problem of the importance of the context in which an archaeological artefact is discovered has also been addressed. Some museums are somewhat indiscriminate when they acquire archaeological pieces and may spend large sums on artefacts that later turn out to be forgeries. Other artefacts become famous and are claimed by the countries where they were discovered. A more complicated case is that of the famous bust of Nefertiti exhibited in Berlin and claimed by Egypt. After a lengthy investigation, the journalist and art historian Henri Stierlin concluded that it is a forgery; but the Berlin museums refuse to become involved in this highly sensitive affair and it is not possible to consult certain of the documents dealing with its discovery.

Although it was only at the end of the 19th century that the cinema was invented, animated pictures have existed since the dawn of humanity in caves decorated more than thirty thousand years ago. The film-maker and prehistorian Marc Azéma has presented a new interpretation of the prehistoric wall paintings on Friday.

Throughout the week the Festival invited the audience to travel through time and all round the world, from Mongolia to Spain via Egypt, Gaul, etc.

We would like to thank the Federal Office of Culture for its support.