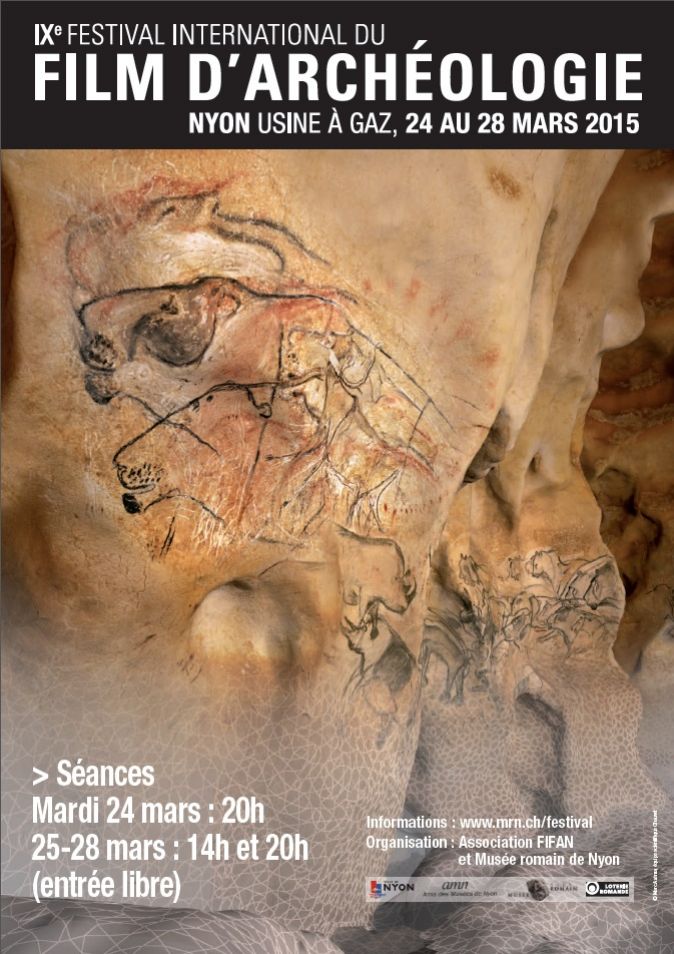 A new association for an active development of the Festival

After eight very successful editions, the Roman Museum felt the need to clarify and facilitate the Festival’s workings, whilst still keeping its close link with it. The need to have a structure specially devoted to its organisation, and having resources specifically destined to its management and development, brought to the establishment of a new Association under the name „Festival International du film d’archéologie de Nyon“ (F.I.F.A.N.). First limited to the members of a steering committee, this structure will grow with the arrival of new members, thoroughly waited as soon as the next edition starts.

Always biennial, this edition has taken place from 24 to 28 March 2015. About forty movies have been suggested to the public, free of charge, during 5 days and 9 sessions, of which the closing evening during which the prize-winning films have been presented.

The Festival is the place to inform the public of recent archaeological discoveries, throughout films, as well as a meeting and sharing place between archaeologists and the public. Thus, for instance, the film „Secrets au pays des aigles noirs“, on recent excavations in Albania by the Geneva University, has been followed by a presentation of the excavation team.

The Festival addresses different periods and themes, that broaden the Roman Museum’s framework. Thus is why prehistory was brought forward during at least two sessions dedicated to that period. The Khmer civilisation, less known by the public of our regions, was also mentioned during the week.

The looting problem as well as the various dangers that threaten archaeological sites, has been presented at the Festival throughout 2 sessions. The looting of cultural heritage, powered by a flourishing trade of archaeological artefacts ripping them from original context, is a catastrophe well known by the archaeologists. Yet, this issue is still unfamiliar to the public.

A film on Mayan civilisation has drawn a parallel between what ceramics may teach us, both ceramics owned by private collectors as well as ceramics found in situ. Better than an academic discourse, this film helps anyone to grasp the seriousness of the matter.

In order to understand what drives people to collect artefacts of mankind’s heritage, we made the acquaintance of a collector who will divulge his motivation in a film.

Depredation of historical monuments have been the subject of an Iranian film, which makes us realize that, whatever our culture, the problems associated with safeguarding Heritage are the same everywhere.